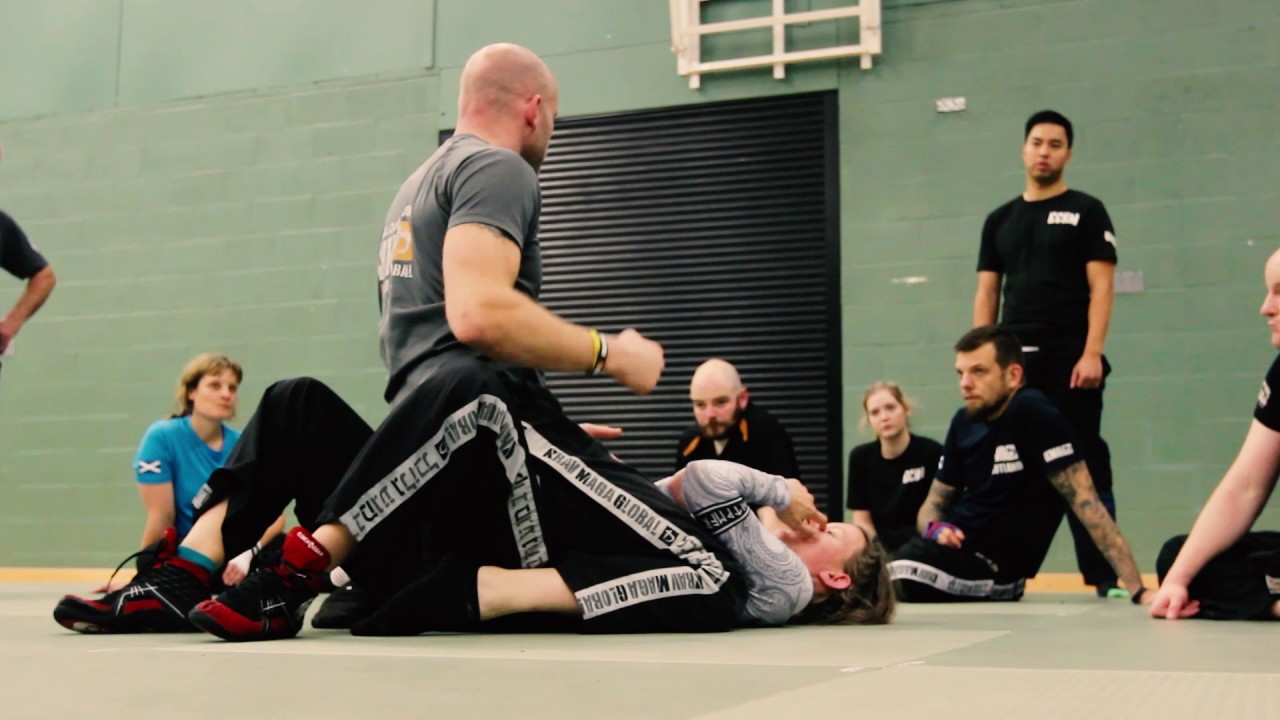 KMG Scotland first P-Weekend was run by Rune Lind (Expert level 4) and Natasha Naccarato (Expert level 1) from the KMG instructor team. I had heard that Rune was a fantastic instructor and I’d previously met the kick-ass Natasha a few months ago in Israel so knew it’d be a great weekend.

We soon settled into day 1 with some team games before going through the basics of scanning. Scanning always gets brought up in class and gradings as something we don’t do often enough. This session was great to drill it into our heads and made it much more natural to continue scanning throughout the weekend.

The majority of the day then consisted of inside and outside punch defences, kick defences, headlocks, bear hugs and plenty of pressure tests! A great tip they gave us for escaping high, tight bear hugs was to adjust your breathing. Simple but effective!

We arrived at day 2, which also happened to be Runes birthday (he liked bringing this up!) so what better way to spend his birthday than beasting us lot!

To ease us into the day, Natasha took us for a GFM warm up. Swinging from one side to the other in an ape type movement seemed appropriate for us, probably because we were still half asleep! However, being thrown into a sparring session soon woke us up. The aim of this drill was to loose the fear of getting hit. This was a great workout. It finished with us being trapped against a wall, looking for ideal shots to hit our partner who was continually punching us.

Shortly after we were grappling each other on the mats, trying out some BJJ type moves. Scissor kicking opponents on top of us and hooking arms of mounted opponents to gain better positions.We finished with a continuous ground circuit, rolling from top and base positions. This session was excellent and definitely another one of the weekends highlights.

We ended the last day of training with some 2 against 1 attacks and learnt some handy tips. This including ducking so the attacker punches the other attacker (who is bear hugging you from behind) in the face. Of course, you’re not actually meant to punch them in the face…opps!

Day 3 and the gradings were upon us. New levels wouldn’t be deserved without a beasting! However a new aspect to the gradings was the fitness test. This was the first time we had replaced the usual monotonous X amount of push-ups, squats ect. with something that could be measured and improved upon. The test included punch and sprawl increments up to 20 punches and 10 sprawls, then back down to a 2 punch combo and 1 sprawl. The time to beat was under 10 minutes for P level and under 8 for G level. As usual, you could count on the groups camaraderie to pull everyone through when it got tough!

Overall it was a fantastic and informative weekend, full of a range of subjects that weren’t expected and I’d highly recommend the event if the opportunity arose again, which I’m sure it will!